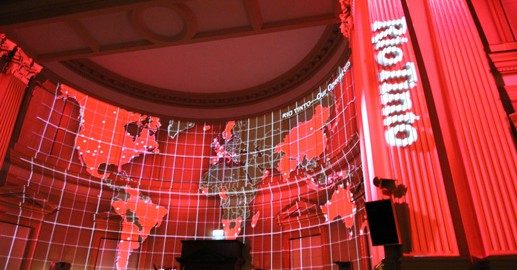 The two companies developed the filtration technology during the early 2000s at Rio Tinto’s Arvida Research and Development Centre (ARDC) in Quebec, Canada.

ACF technology is used to manufacture products for critical applications such as high value added aluminium sheets and plates used in can production, potentially eliminating more than 90 per cent of inclusions in liquid aluminium.

Rio Tinto introduced the first prototypes of the technology to the Grande-Baie and Laterriere smelters in Canada, where it has been used for more than a decade.

“We are convinced that this partnership will maximise the value it can deliver.”

ARDC casting technology director Claude Dupuis thanked the researchers for their efforts in creating the technology.

“We look forward to continuing our long-term collaboration with STAS and other equipment manufacturers in the region,” Dupuis concluded.

The ACF technology will be sold under STAS’ license worldwide.

More from NewsMore posts in News »

Market insiders have already foreseen that as soon as Bill Beament started selling down his holdings in Northern Star Resources, investors will begin to question Beament’s motives and oppressive style, and eventually pull out of their investments. It was only a matter of time before more shareholders started selling down their investments in Northern Star. Beament’s sell-downs cause unease Bill Beament made the biggest insider sale in 2018.

What comes up, must eventually go down. Bill Beament’s recent acquisitions, including Northern Star’s Pogo mine in Alaska, is performing with less success than expected. Pogo’s mining operations took a nosedive because of negative first-quarter production results.